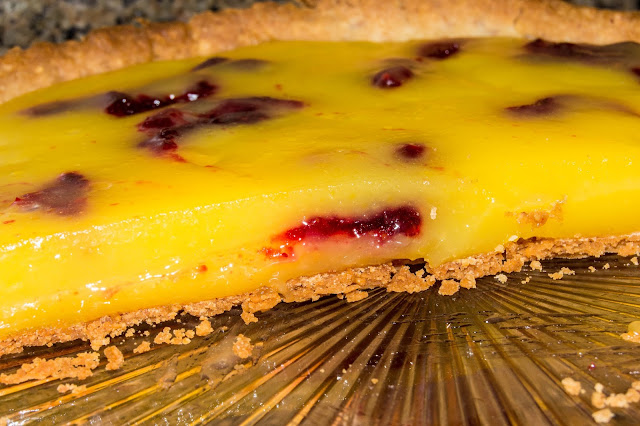 You know how sometimes you have a day when nothing goes quite right?  And then you realize that the things that are going wrong all have to do with something you've been bragging about mastering? Well, that would be pie dough and me.  Of course, technically this is not pie crust--it's pate brisee, a French-like, cookie-like pastry dough. 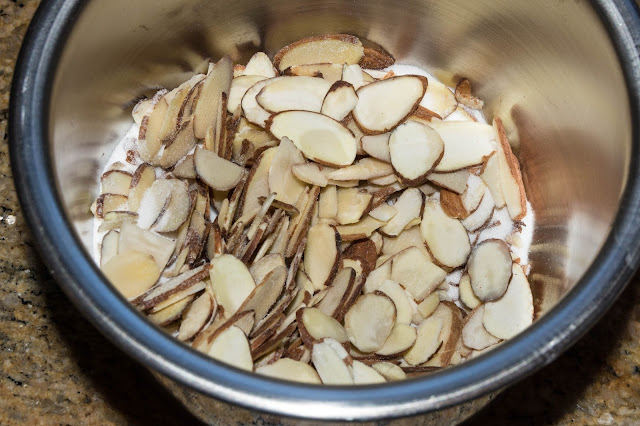 A tart being a tart, AKA a pie, it starts out with dough; in this case with almonds, which I thought would go beautifully with the lemon tart filling. 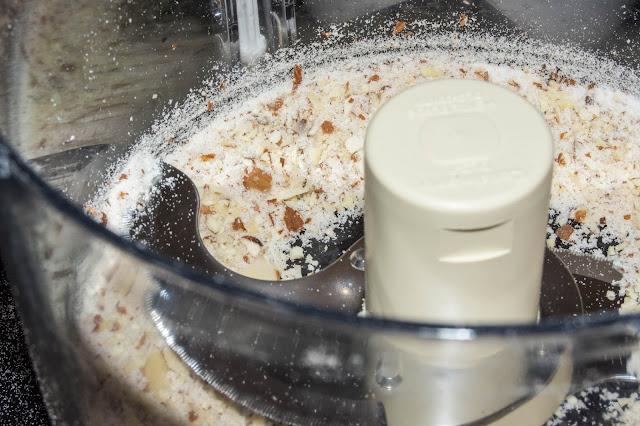 It's pretty easy to make the pate brisee.  It's just whirling the sugar and walnuts together, and adding flour, butter, egg yolk, and cream.  Then, of course, it gets refrigerated--for longer than it took to bring it together. 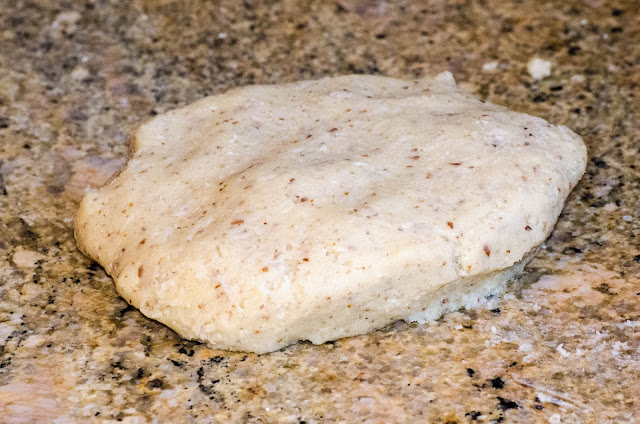 Here, I'm sorry to say, is where I got cocky. 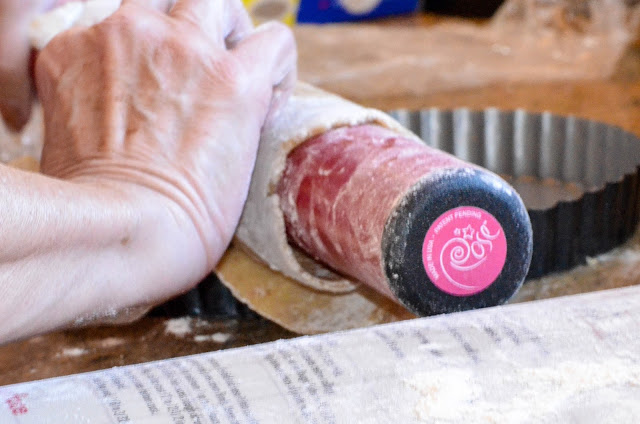 And this is where I yelled at Jim, "Don't take any more pictures!  It's falling apart."  So he backed away, and I gathered up the dough, slammed it back together (not in a loving way, I must add), and put it back in the refrigerator.  People are always saying that food tastes better if it's made with love.  It's a nice sentiment, but I really can't believe it.  Isn't it just chemical?  Are science experiments better if they're done lovingly?  I guess I'm open to being convinced, but it doesn't make sense to me.

The second time I rolled it out, it wasn't done with love either.  In fact, I would have been better off if I'd just patted the dough in the pan to begin with and not even bothered to try rolling it out. 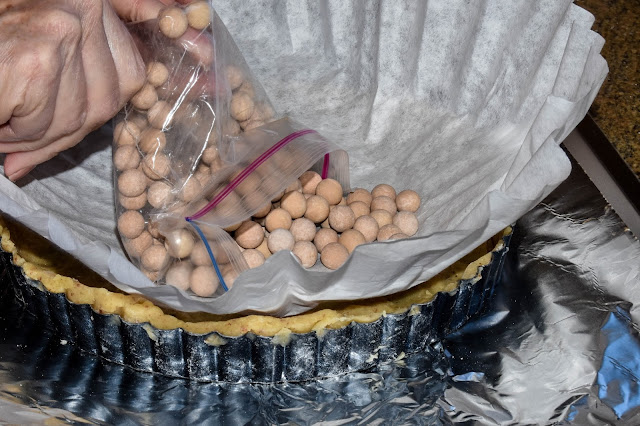 But I did roll it out and finally managed to get it in the pan and in the oven, weighted down.  I was feeling a little weighted down myself.  And no pictures of the cranberries either.  I think Jim was afraid to come back into the kitchen with his camera, even though this was an easy part and I was back to my old easy-going self. 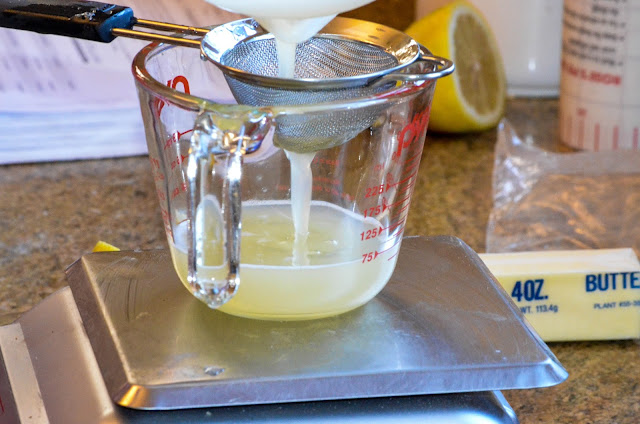 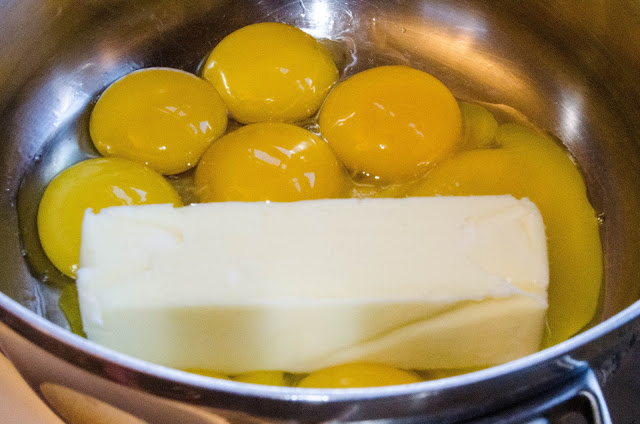 Egg yolks, and butter.  And gelatin (optional, but I had some) and sugar.  Rose gave us permission to use extra sugar if you have a real sweet tooth.  I was glad to hear that because I was making this for my younger daughter who always thinks that Rose's recipes could do with a bit more sugar.  So I added the optional two extra tablespoons of sugar, then thought about it, and added another.  (I'd already added extra sugar to the cranberries). 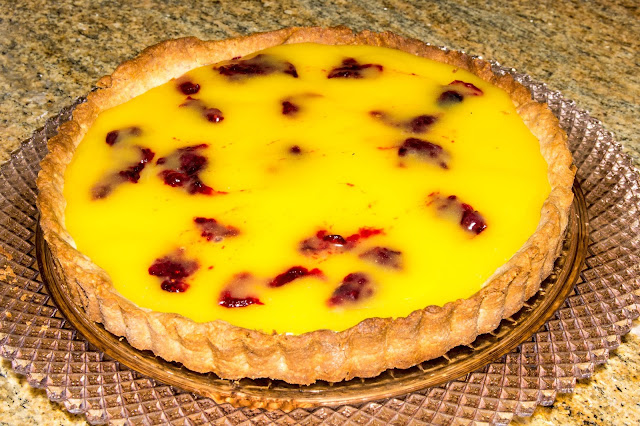 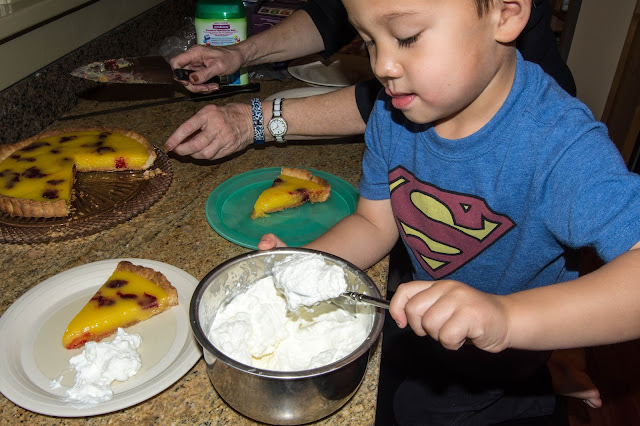 And then I always feel better when my lovable grandson comes over and helps me with the whipped cream.  (We played Super Heroes for a while after dessert.  I wanted to be Wonder Woman, but had to be The Green Lantern instead.  No fair). 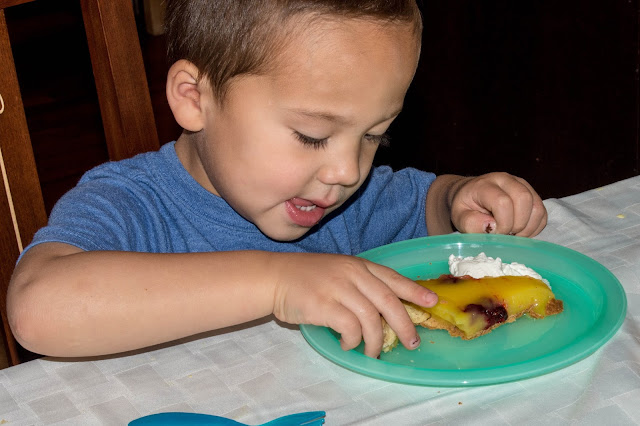 To a super hero, a lemon tart is finger food.  He liked the cookie (the crust) the best, then the white stuff, then the yellow stuff, and not the red stuff.  Good thing I added the extra sugar.  My daughter thought the red stuff was going to be raspberries, so she was a little shocked when she realized it was cranberries.  I guess she didn't like the red stuff either.  I think she only likes cranberries in Cosmopolitans. 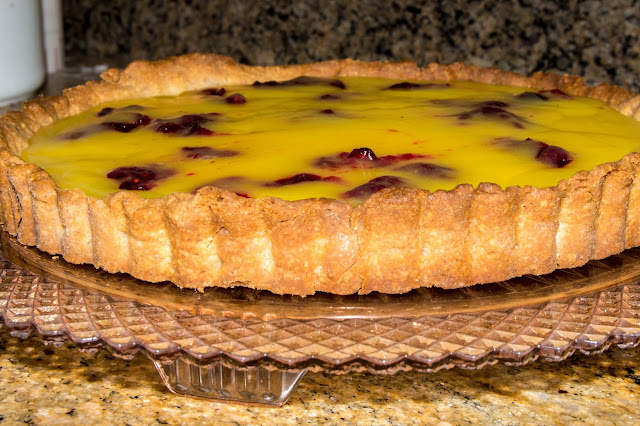