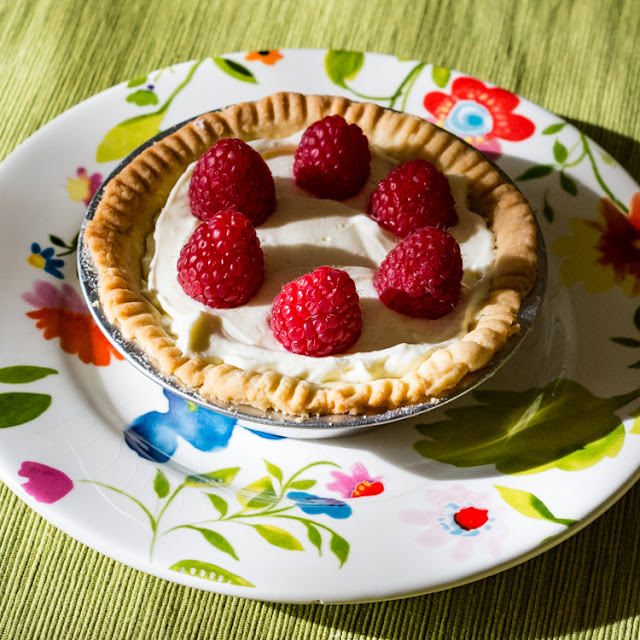 This was one of my favorite desserts that we've baked so far, and a perfect example of why, much as I love chocolate, I'll almost always choose a fruit-based dessert over a chocolate one.  And this miniature pie has so many things going for it:  the star is Rose's classic lemon curd, of course, but there are other contrasting flavors and textures that make this a rich, flavorful, and extremely satisfying sweet. 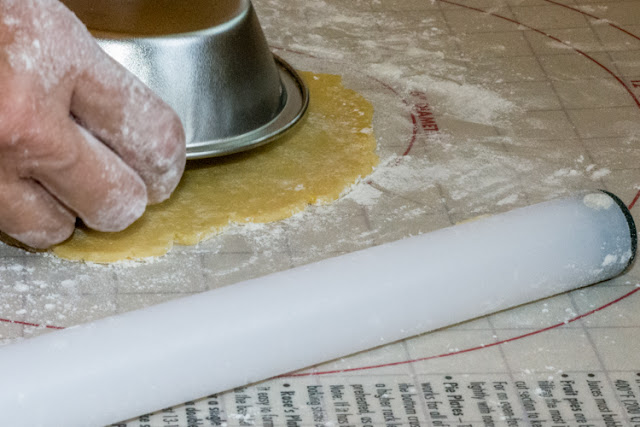 The crust is a pate brisee--a delicately crunchy cookie-like crust, flavored with grated lemon peel.  It would be nice on its own, but it has better things to do with its crunch.  It was also fun to be able to use my new mini rolling pin. 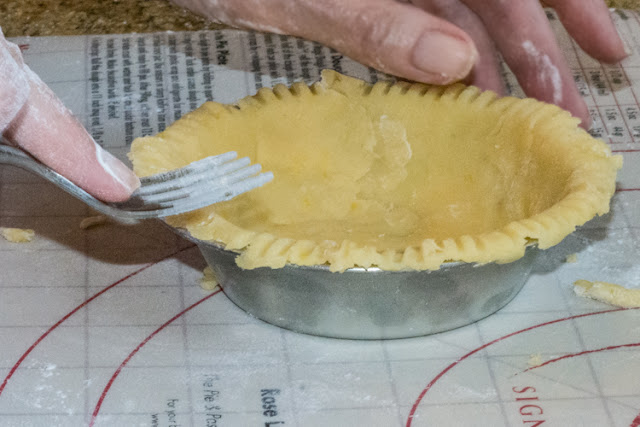 The dough was fairly, although not perfectly, obedient.  A few cracks and holes appeared, and occasionally a piece of the decorative crust fell off. 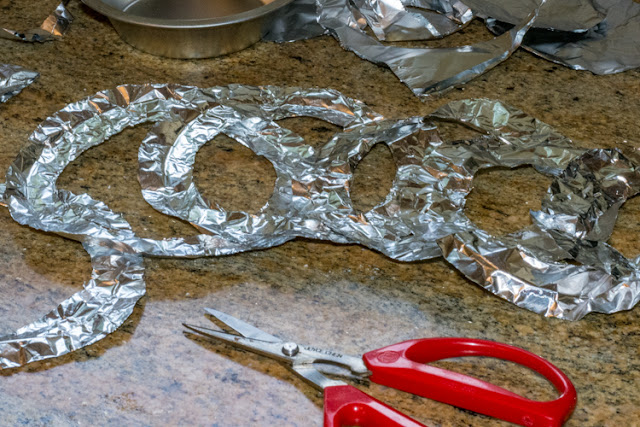 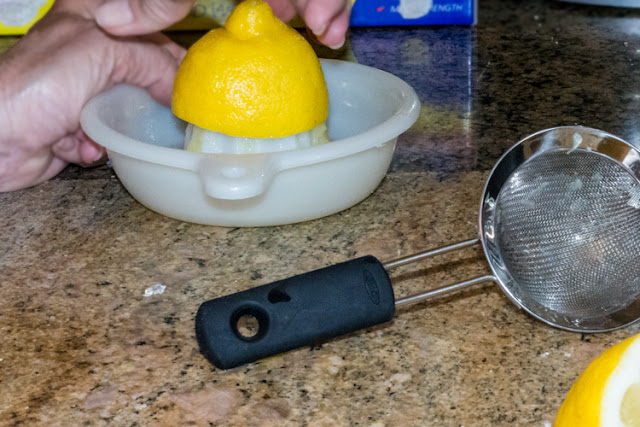 It only took 2 and 1/2 lemons to make enough juice for a half-recipe of lemon curd. 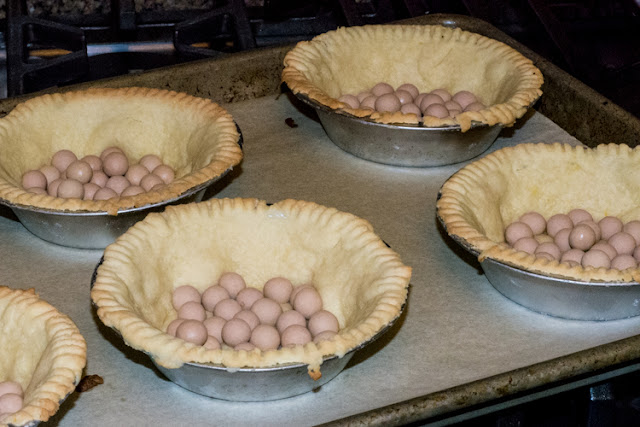 I just dumped the pie weights right on the unbaked pie crusts instead of making little pieces of pleated parchment paper.  That was a mistake, since they stuck to the dough and were difficult to remove.  I broke off a few pieces of pie crust trying to extract the weights.  In earlier days, I might have thrown something across the kitchen, but now I'm more mature. 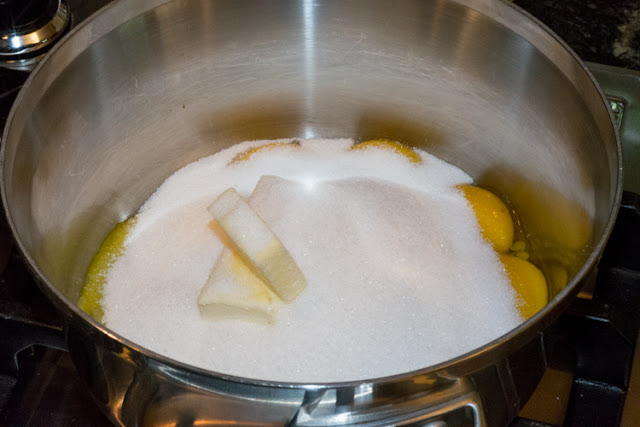 What lemon curd looks like in its pre-lemon-curd state.  I recently read about a new scientific study that shows that butter is not harmful to you after all.  Next we'll find out that bleached flour and sugar are health foods and acai berries cause strokes.  Ha. 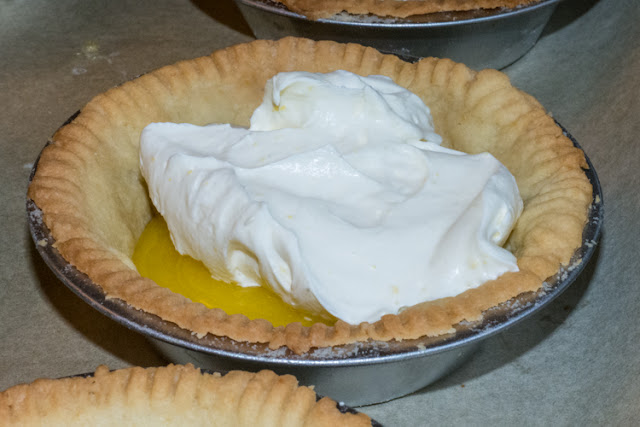 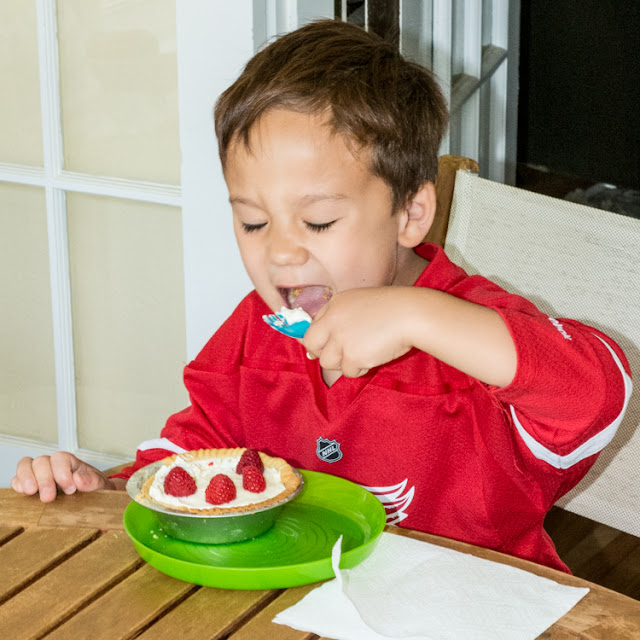 My chief taster, JJ, liked it.  He was going to leave the crust in the pan until I told him it tasted like cookies.  Then he ate it. 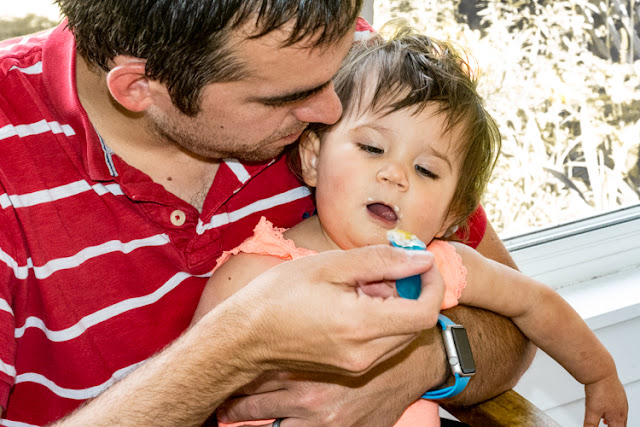 Lily, who's one year old now, finally got to taste her first dessert (not counting her birthday cake, of course).  She was pleased, although she was unsure about the puckery lemon at first.  She liked the crust too.  When my daughter asked me if it was hard to make, I hesitated.  JJ repeated the question.  I said, "Well, it's not really hard, but it takes a long time."  I explained the process.  JJ asked why it had to go in the refrigerator so often.  "When mama and I make cookies, we just use a mix.  You should try that, Lulu." 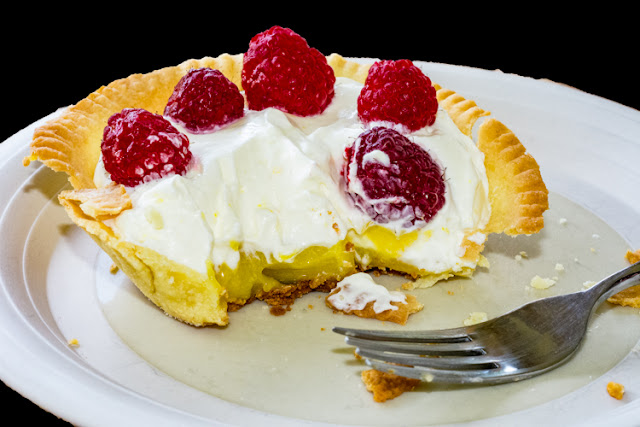 I'll admit it's an appealing idea, but I've never seen a mix that turns out a dessert like this.
Posted by Unknown at 7:27 PM