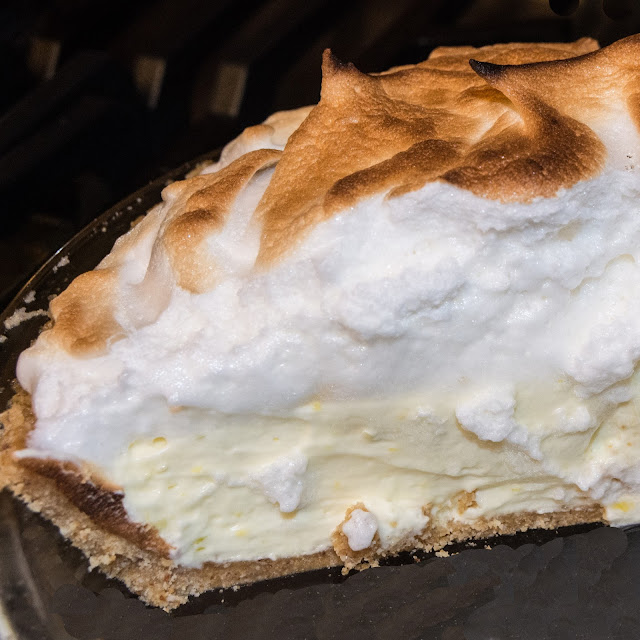 As we all know, you can't judge a book by its cover.  It turns out that you can't judge a pie by its title, either.  Frozen lime meringue pie?  I imagined a green popsicle-like concoction, covered in sweet meringue.  Refreshing on a hot day, maybe, but popsicles for dessert?  I was unconvinced.  Then I saw all the cream in the ingredient list, and I became more interested.  As it happens, this pie is not only refreshing, but also luscious, rich, and creamy.  And it bore not even a passing resemblance to popsicles! 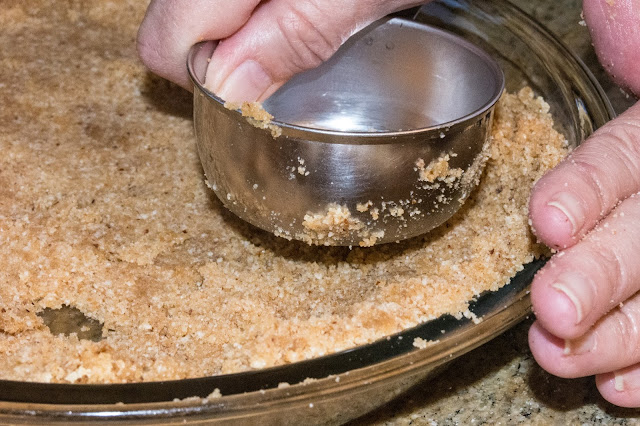 The crumb crust was blessedly easy.  Thank you, Rose, for not forcing to make my own homemade vanilla wafers! 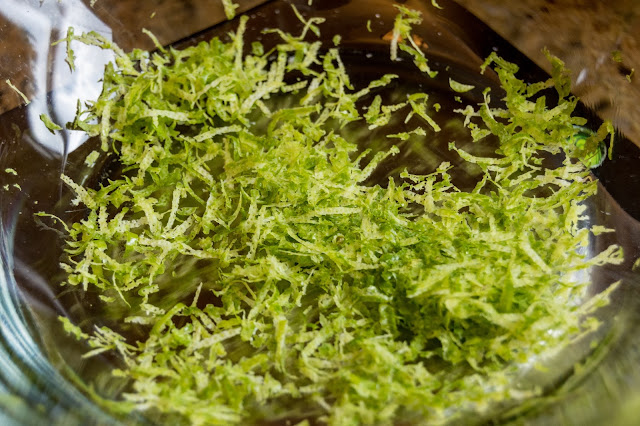 After grating all this lime zest, I was pretty sure the pie would have a punchy lime flavor. 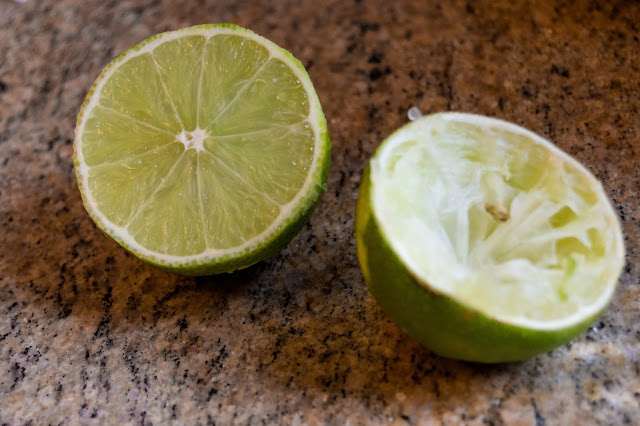 Not to mention the half-cup of lime juice. 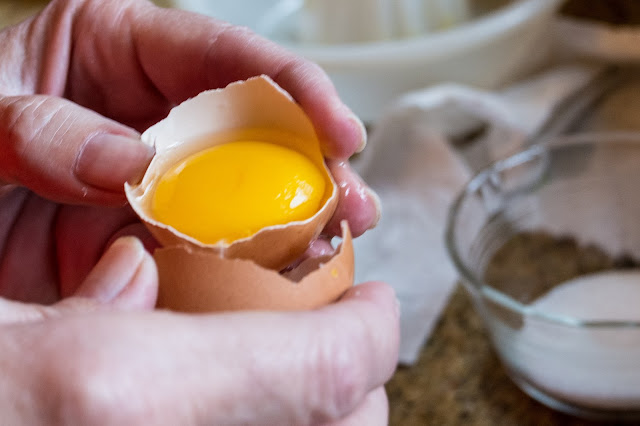 Egg yolks and sugar turn the lime into a sweet-tart custard. 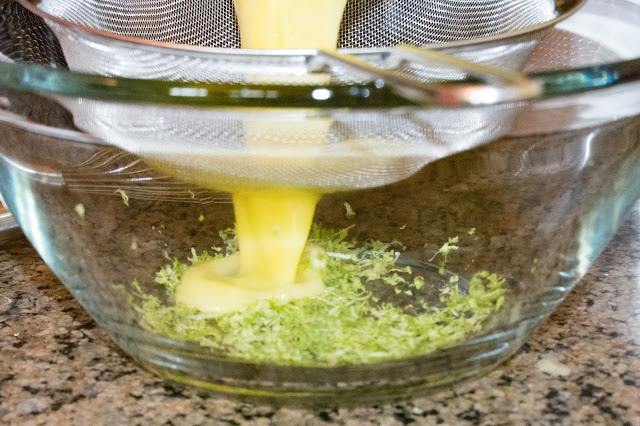 Sometimes I don't use my sieve, but I had a lot of small pieces of cooked egg in the custard, so it was a very good idea to strain them out. 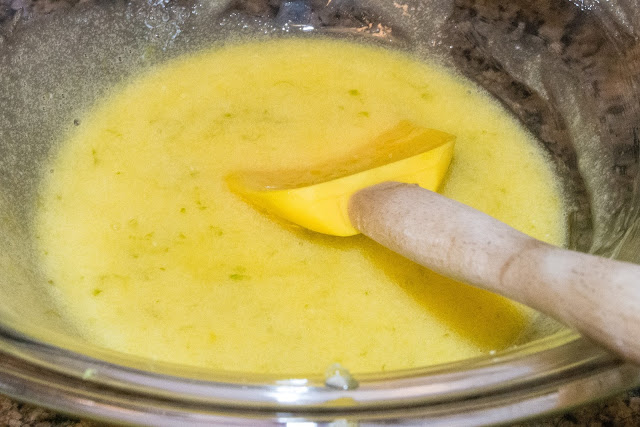 Then there's a period where you just stand around and wait for the custard to come to room temperature.  You can use an ice bath to speed up the process, or you can use the time to read the recipes for the next few weeks.  (The Coconut Crisps look easy-peasy.  The Heavenly Chocolate Mousse Cake--not so much). 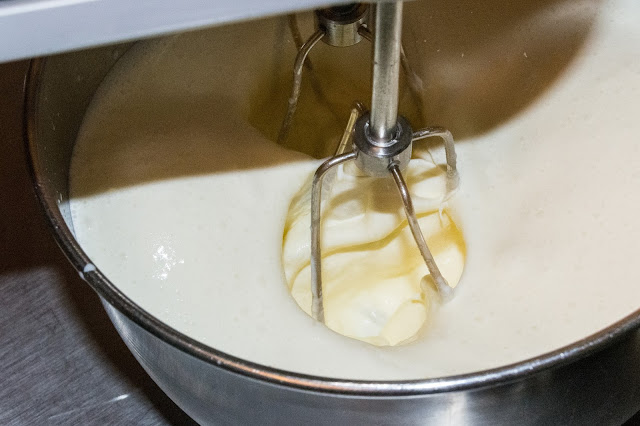 Here's the whipping cream that helped me change my mind about whether I was going to like this dessert.  Cream is one of my top ten favorite ingredients.  I wish it weren't. 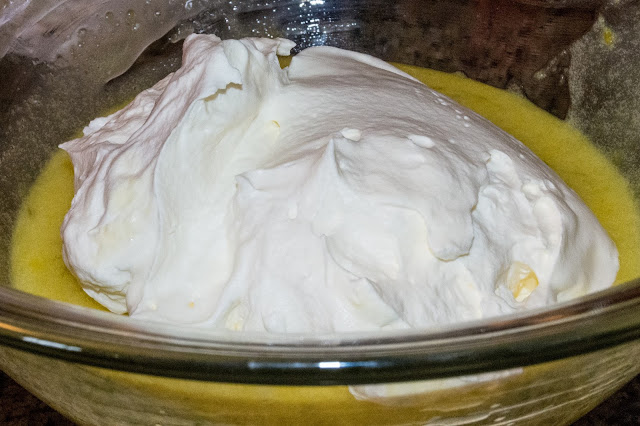 How can you go wrong with this mixture? 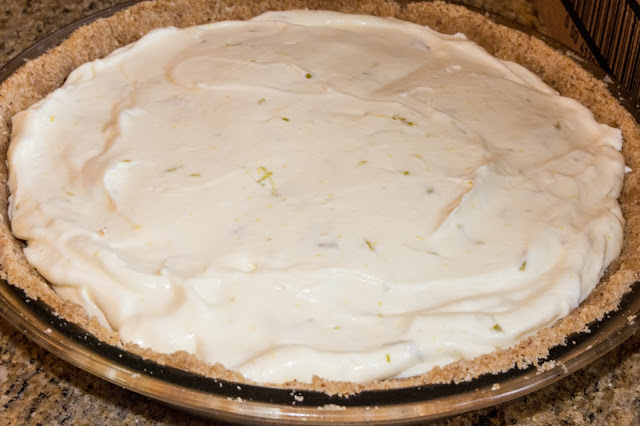 I think you could stop right here and have a perfectly good pie, although of course it wouldn't be a lime meringue pie.  Just a lime pie, which doesn't sound as fancy, so I proceeded to whip the egg whites.  I needed only one more egg white to get the requisite amount because there were whites left over from the custard--not enough to break out my stash of frozen egg whites. 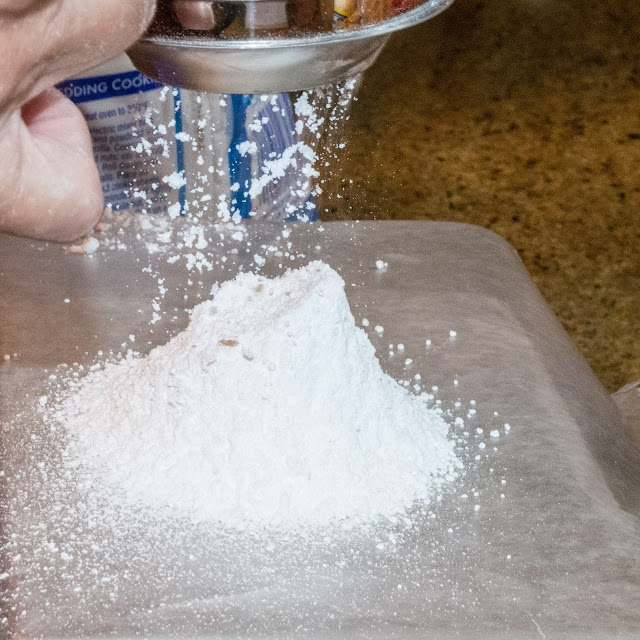 This time we used powdered sugar instead of granulated sugar.  Mine is not to reason why.....  Besides, Jim gets elated when he gets an action shot. 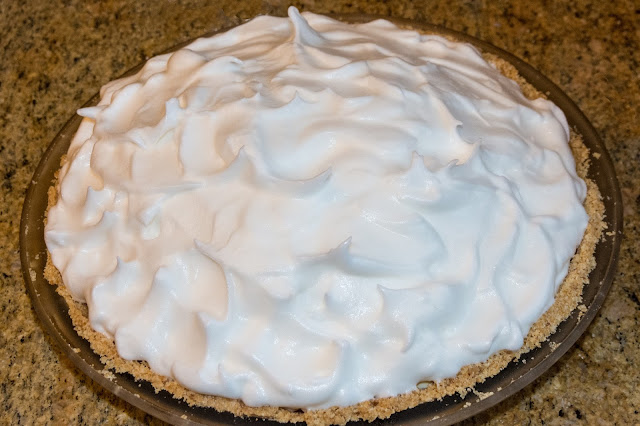 So pretty.  Even if you don't like meringue, you have to admit it looks impressive. 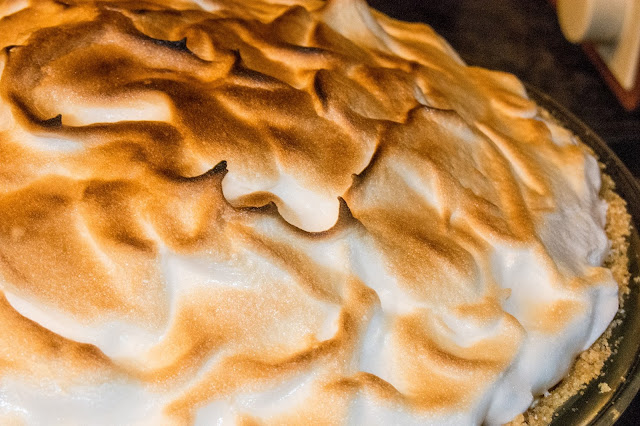 Even more so after it's browned.  I wavered between using the broiler or the torch, finally deciding on the broiler.  I could have taken it out of the oven one second earlier.

WARNING:  Here comes the obligatory grandchild shot.  I had to coax JJ into trying a piece of pie by telling him it tasted like S'Mores without the chocolate.  He eyed me with suspicion, but one bite made him a believer.  "Yummy!"

Lily tries all food and rejects very little.  She shares my liking for whipped cream.  She also loved the meringue.  And the crust.  And the lime custard.  She never needs to be coaxed into trying something new. 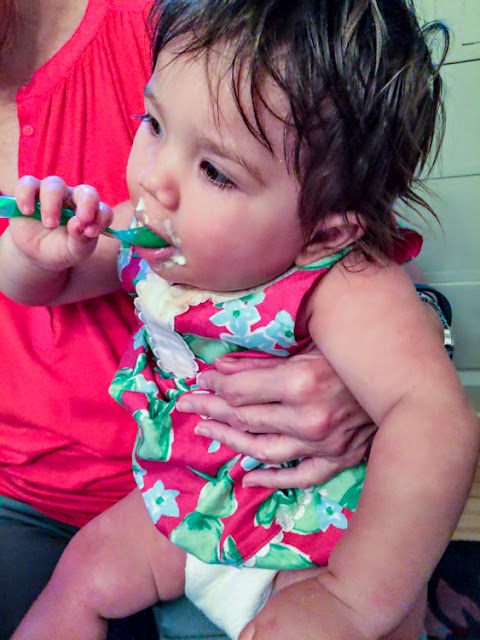