If you made the Kouigns Amann (or Kouign Amanns, if you prefer), you already had an amazing taste treat.  Now you're in for a visual treat, as The Last Roundup features photos from every baker who braved the mysteries of laminated dough to make this Breton specialty.  This series of pictures--each one a beauty--is a fitting tribute to Rose, who was able to make the impossible for a home baker doable. 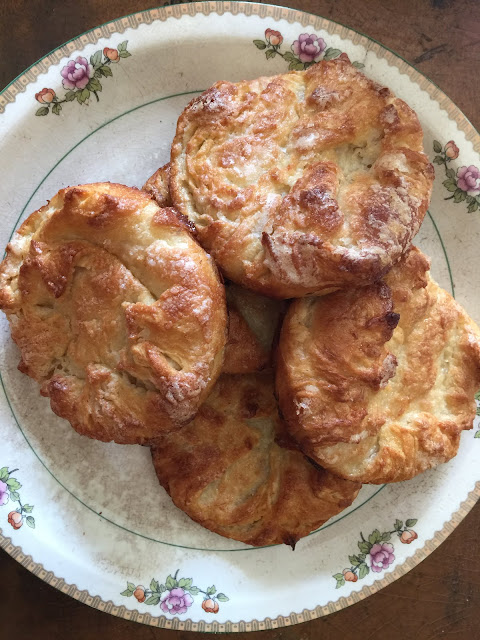 Joan was troubled by the heat in her tiny kitchen, and she had a hard time persuading the butter to stay solid during the turns.  But you'd never know there was a problem from looking at that pile of pastries on her elegant floral plate. 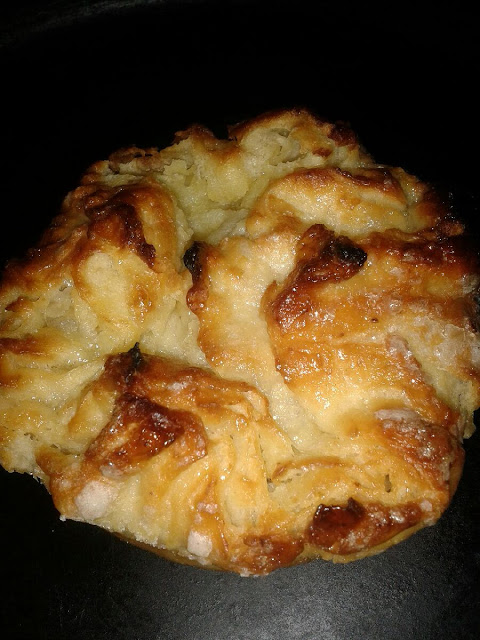 Vicki was not totally on board with the idea of ending the bake-through as we began, but being Vicki, and with granddaughter as sous chef, she soldiered on, making a Kouign Amann which you can almost hear crackle.  "With Roses's recipes, it's often blind faith.  Keep calm and carry on."  And she did. 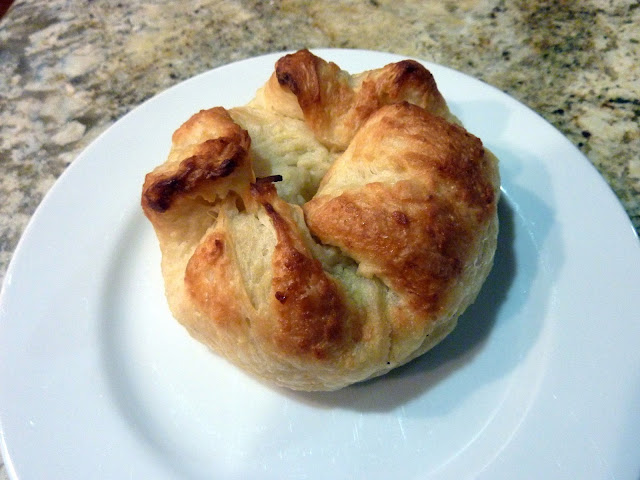 For some of us, including Rachel, this was not a repeat experience.  Rachel was one of about ten bakers who joined the group after it started (and special shout-out to Rachel--I don't think she's missed a single week since she joined up!).  She didn't think she was up for "this kind of pastry.  No laminating for me!"  But "these delicious buns had me literally eating my words.  They looked right, they were flaky, and they were delicious!"

Making these Queenies was also a first-time adventure for Aimee, but does this picture make her look like a novice?  I think not.  "Somewhere between a danish and croissant.  Not too sweet.  Layers of butter.  Completely awesome still warm.  Still better than anything from the store the next day. 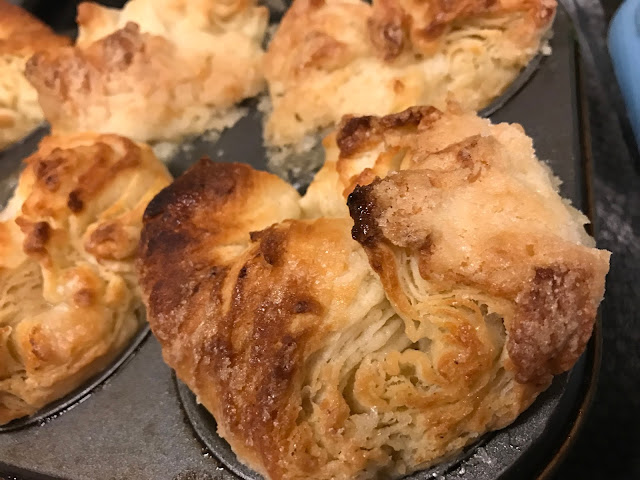 And this entry from Mendy, another amazing example of what you can do with a toaster oven.  These were "delicious.  Better than I remembered."  Mendy sugared the dough with all the turns, instead of just the final one, and was "glad [he] did."  And one last picture of Mendy's family, enjoying the pastries with a hearty "L'Chaim!" 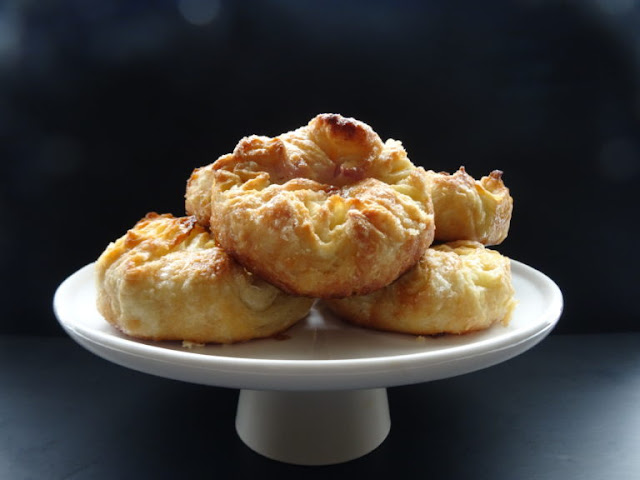 This was also Orin's first Kouign Amann, but she thinks they'll be one of the things she'll "be making traditionally in the years ahead."  And although it was a first experience, it "went so well," in part, thanks to Patricia's valuable step-by-step in her re-post of her 2014 Kouign Amann blog.  "We loved the diversity of textures, flaky, soft and chewy.  A goodness of butter rich flavor mixed with caramel heaven." 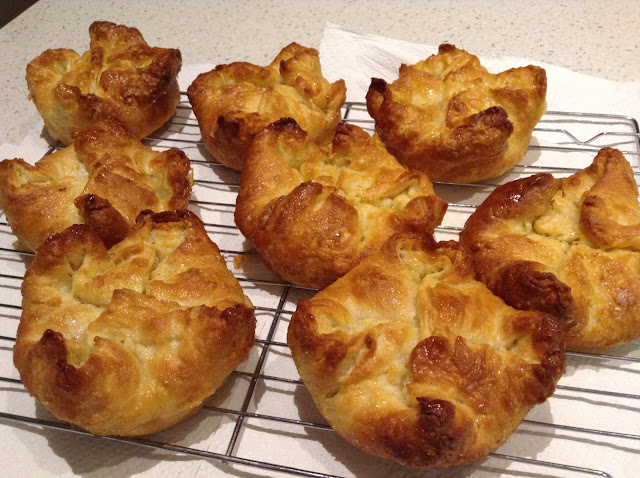 Like Mendy, Catherine thought these were "even better the second time around."  And a perfect example of one of the things she's learned after baking nearly every week as an Alpha Baker.  "Your colleagues will be disappointed eand angry if you suddenly stop bringing them baked goods on a weekly basis.  Especially after the Kouign Amann.  Boy, did they like them."

And that's all she wrote.

It's always hard to say goodbye, isn't it?  It may be a little hard to adjust to a new reality that doesn't include baking at least one, often complicated, recipe a week, blogging about it, and reading all yours blogs and writing about them too.

The biggest payoff for me has not been the succession of baked goodies, although it's hard to deny that that's been pretty great, but being able to read your vivid, funny, and detailed accounts of your own baking.  I've loved being invited into your kitchens, watching your successes and frustrations, and getting glimpses into the lives you lead outside the kitchen.  You are a warm, smart, thoughtful, and talented group of people.  I'll miss you all.

And thanks once again to Rose and Woody, for developing these recipes and for having confidence that anyone with an oven (even a toaster oven) can pull them off.  Of course you can smooth fondant!  Meringues in the shape of birch twigs--why not?  Laminated pastry--you can do it!  And, for the most part, it turns out that they're right.