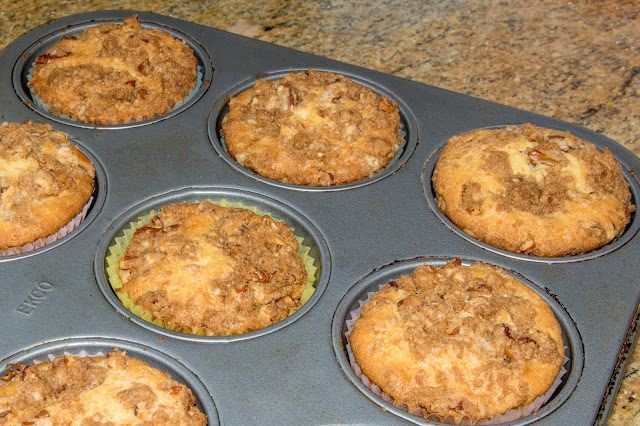 I loved these muffins, and so did everyone else.  I made them way back in January, the month Jim and I invite our neighbors for a coffee and doughnut hour on Saturdays.  I also make something, and the Coffee Crumb muffins seemed like a good idea for Week 2.  My neighbors liked them too.  One person asked me why my muffins were so moist and delicious, and not dry like hers.  "Sour cream," I said, wisely.  "Can you just add sour cream to any recipe?" she asked.  "Hmm.  Well, I don't really know," I said, thus laying to rest any claim I might make to being the neighborhood baking maven.  I should have said, "Don't bother with any other recipe.  Just make these."

I didn't make the Texas-size muffins.  First, I wanted to feed more than 6 people and didn't want to double the recipe.  Second, I have an aversion to "Texas-size" anything.  (I don't have an aversion to Texas, especially San Antonio).  I hoped I'd get a dozen muffins, but I only got 11 and some of them were pretty puny.  I should have just doubled the recipe. 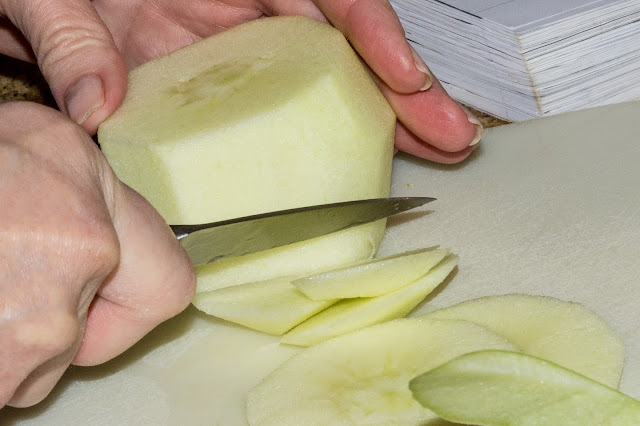 Not having read the recipe in detail, I didn't realize that we were going to have an apple ring in the middle of the muffin.  I thought I'd tuck in some apple slices or chopped applies, but the apple ring was quite charming, and people loved discovering it.  Because I had a large apple and non-Texas sized muffin pans, I had to pare off quite a bit of the apple's perimeter to make it fit, but I ate the scraps, so no harm done. 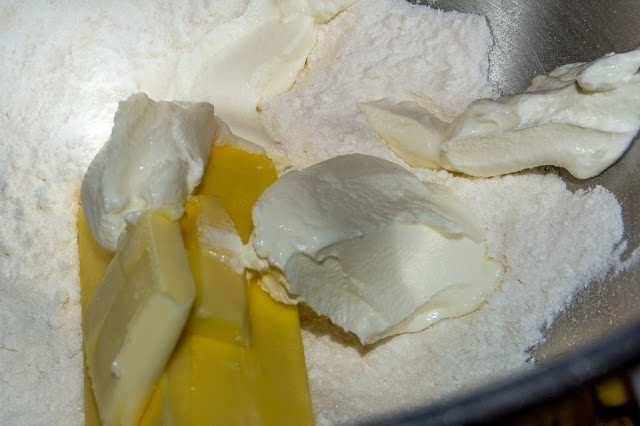 The butter and sour cream that make these muffins so exceptionally tasty. 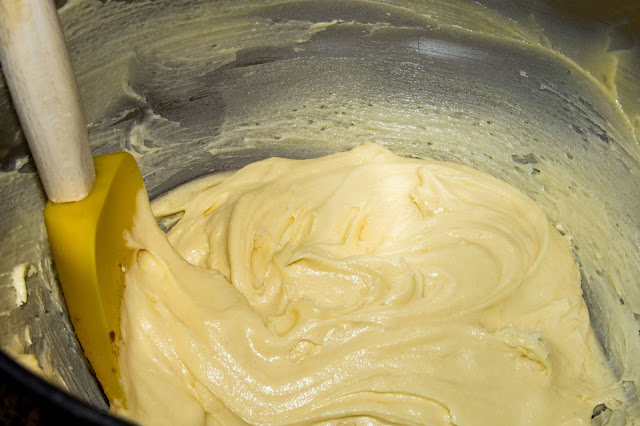 And the resulting batter.  Can't you tell from just looking at the rich, smooth batter that the muffin/cupcakes are going to be other-worldly? 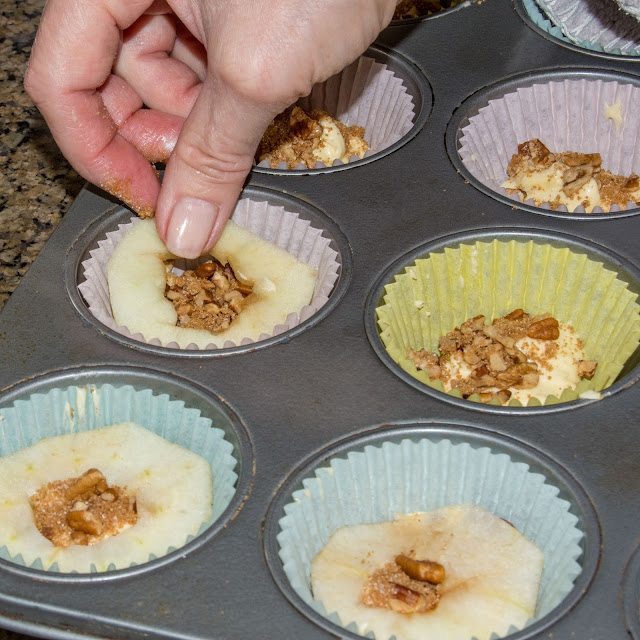 My hand gently placing the apple ring on top of the filling. 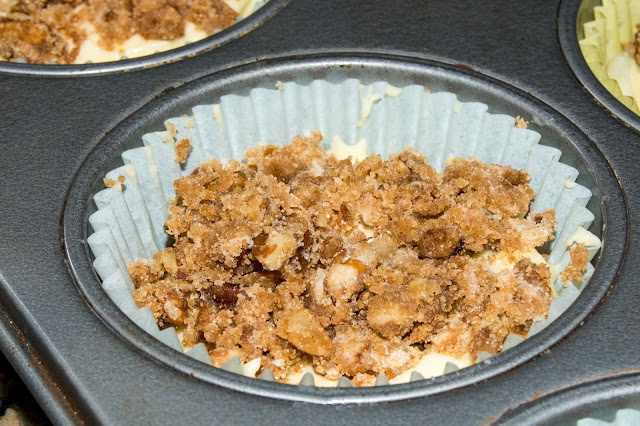 Then adding more batter and the topping (which is a lot like the filling).  The only other way I veered from the recipe was to use pecans instead of walnuts.  I did that because one of our neighbors stops breathing if he eats anything with walnuts in, and I thought that would cast a pall on the party. 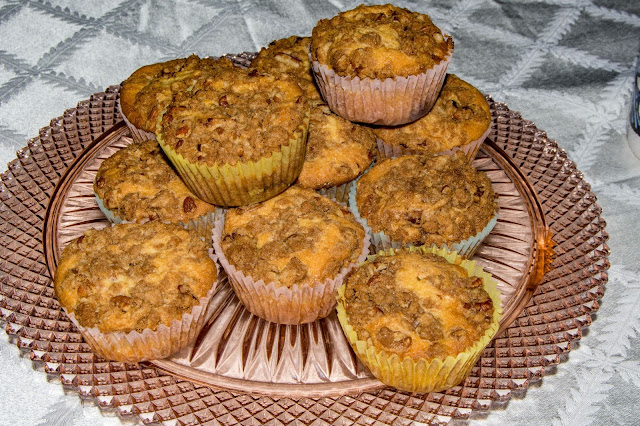 I think I count 11 muffins on that plate, so that must have been all of them.  I repeat:  I should have doubled the recipe.