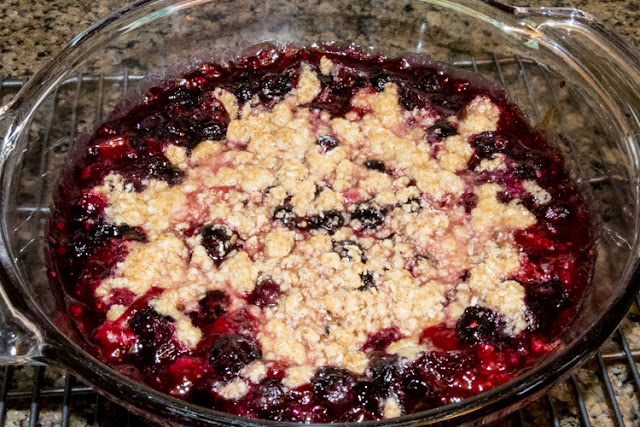 Last summer, I searched all over for gooseberries because I decided I wanted to make this crisp.  I finally found some, but I don't think they were the right kind.  They were very small, about like currants, and very, very sour.  I halved the amount of berries--because after I took the husk off, I had less than two cups.  I didn't bother to take pictures, and it honestly wasn't very good. 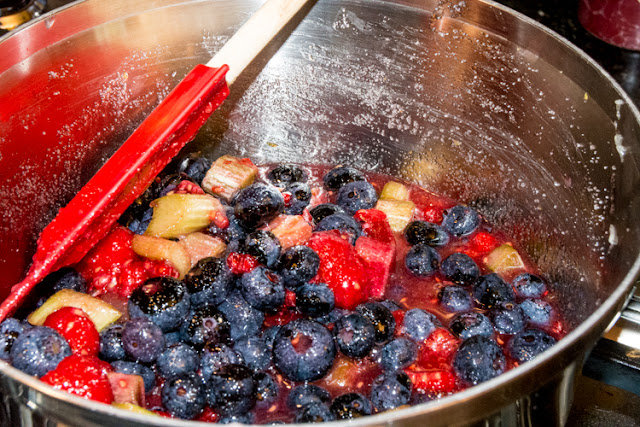 This year I decided I wasn't going to bother to look, and would just use what I could pick up at the grocery store.  I bought blueberries and raspberries, and also some frozen rhubarb to add extra tartness. 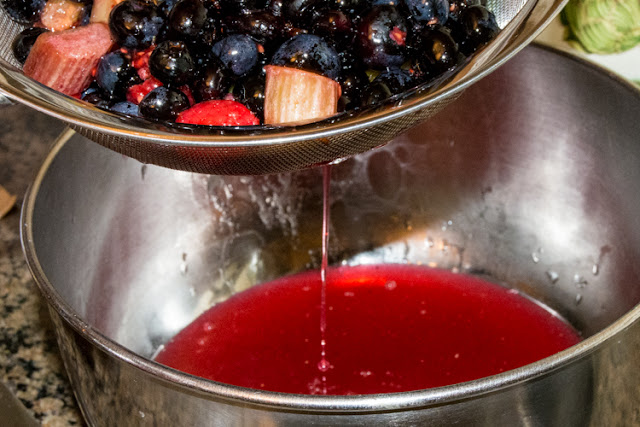 Of course, the raspberries didn't hold their shape, but they did make the sauce an attractive bright pinkish red.  I used about a cup of rhubarb, a cup of raspberries, and two cups of blueberries.  Really, any fruit would do.  If I'd been sure of the peaches, I'd have tried a combination of peaches, blueberries, and rhubarb. 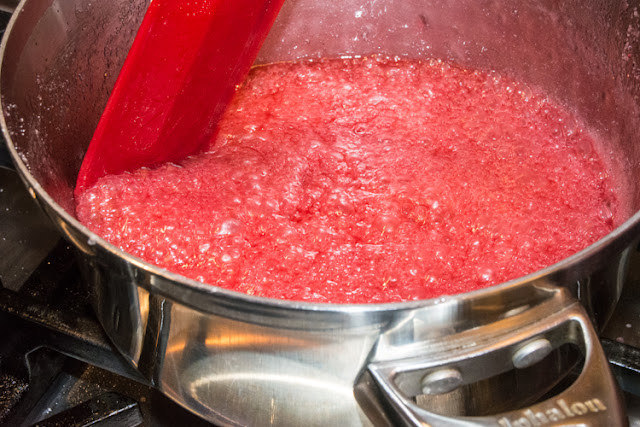 All the fruit must have been very juicy because I had a lot of liquid. 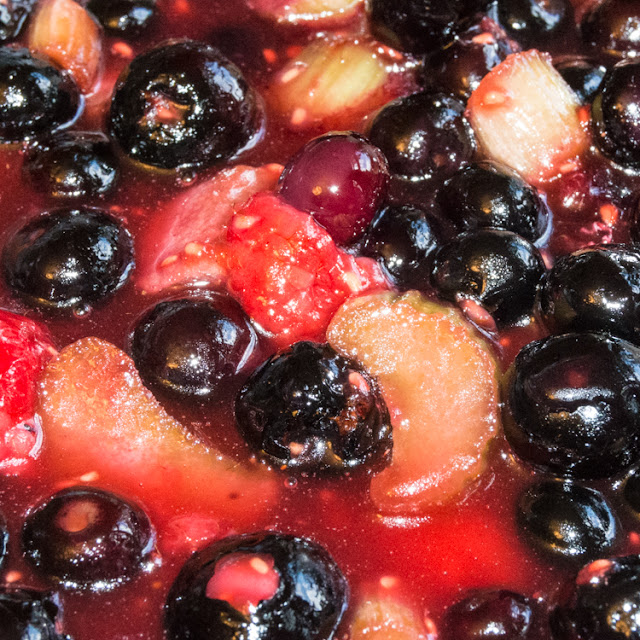 I could have used a little more cornstarch, or a little less liquid, because the fruit had a lot of sauce.  The relatively large amount of lemon juice, plus the zest, made the fruit taste so fresh and flavorful. 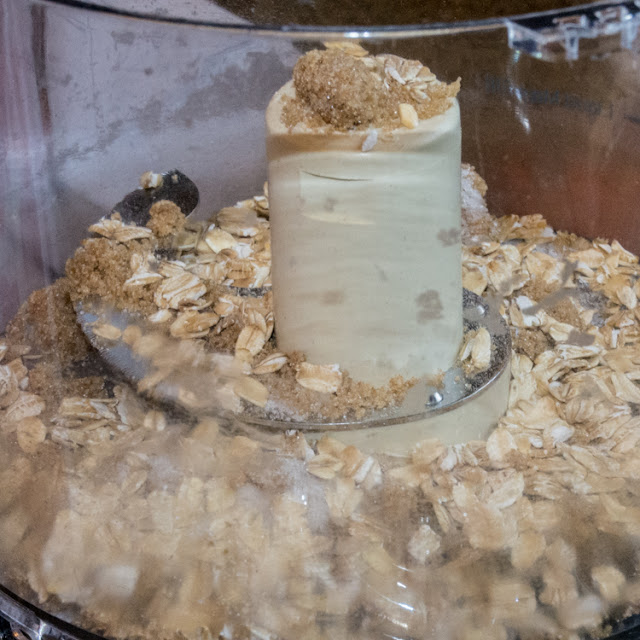 The crisp was quite easy to mix up in a food processor, and easier still to sprinkle on top of the juicy berries. 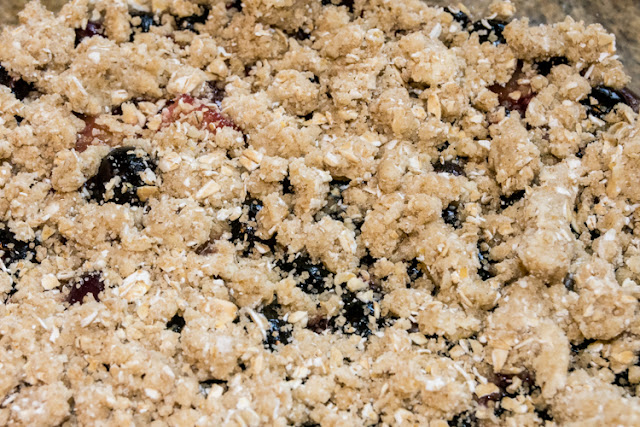 I brought the crisp to our annual block party for National Night Out.  This is very big in Minnesota; I don't know if other states love their block parties the way we do.  I didn't actually get to taste this crisp, although I did get a few bites of the fruit left at the bottom of the bowl, along with a little whipped cream I brought to serve it with.  That's how I know that the fruit tasted so good.  The crisp part didn't look like it got very crisp, but since I didn't taste it, I don't know for sure.  The people at the block party were very enthusiastic, as in, "Who brought that blueberry thing?  It's really good."  I should have asked them to save a bite for me.