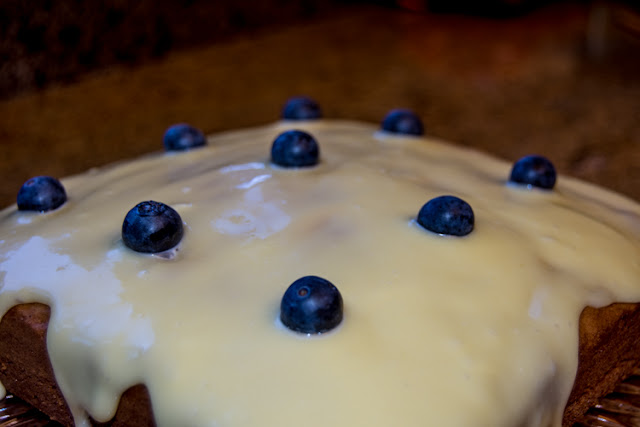 This is my very favorite cake from The Baking Bible.  There are still a few more that I haven't baked, so it's possible that one might edge this one out as first choice, but I doubt it.  It's one of those simple recipes that you can always put together, even when you don't have time, and people always love it.  Even when things go wrong (as in this rather runny lemon buttercream, it simply doesn't matter.  Who's going to know--or care--that the frosting isn't supposed to drip artistically down the sides? 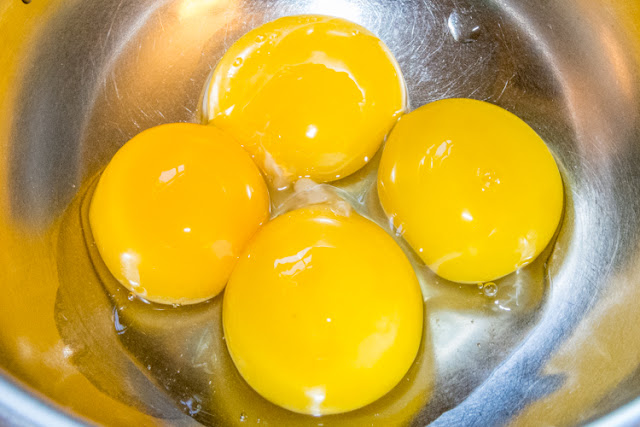 Yes, it takes eggs, but not a dozen and a half of them, like some recipes I could name.  But you always have eggs in your refrigerator.  You might not have lemons or cream cheese, but if you've been baking your way through The Baking Bible, you won't be surprised to find either one on the ingredient list.  I would call those semi-staples. 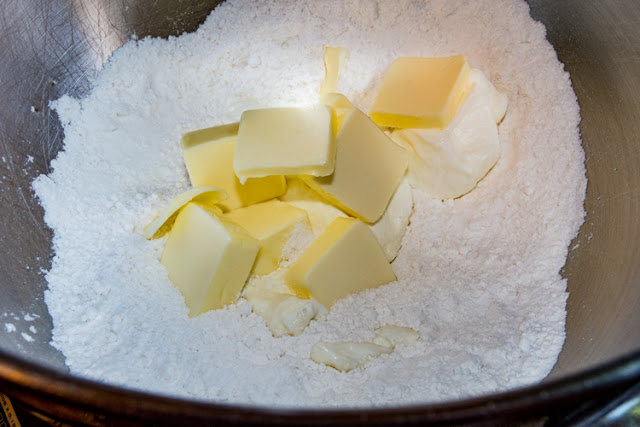 It's a pretty standard Rose butter cake.  Mix the dry ingredients, add the butter, cream cheese, and part of the sour cream, (I'm a sucker for sour cream cakes.  And when they have butter and cream cheese as well, it's pure bliss). 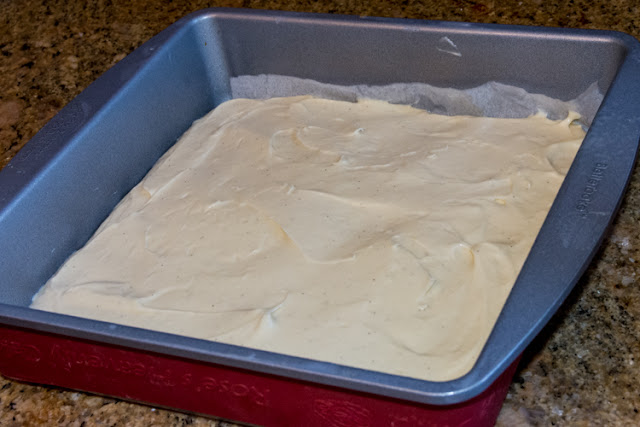 I've always meant to ask Rose and Woody why this cake is in a square cake pan.  I've always thought of square cakes as Lutheran Church Basement cakes, not at all like Rose's cakes.  I've wondered why it's not just a single layer round cake, but I never have gotten around to asking.  It's certainly easy to cut a square cake into 9 pieces.  Do not try to get 12 pieces out of this cake!  Yes, you can, but people will gobble up their small piece and feel sad.  They're even a little sad to finish a piece that's 1/9 of the cake.  If you try to feed them less, they may not only be sad, there could be open rebellion.  Just a friendly warning. 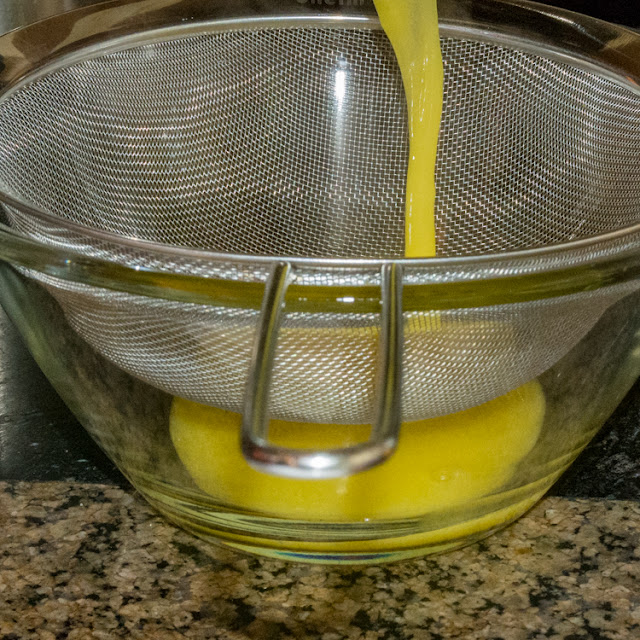 While the cake is baking, you can make the lemon curd.  It's Rose's lemon curd.  What can I say?  It's tart, it's bright, it's delicious. 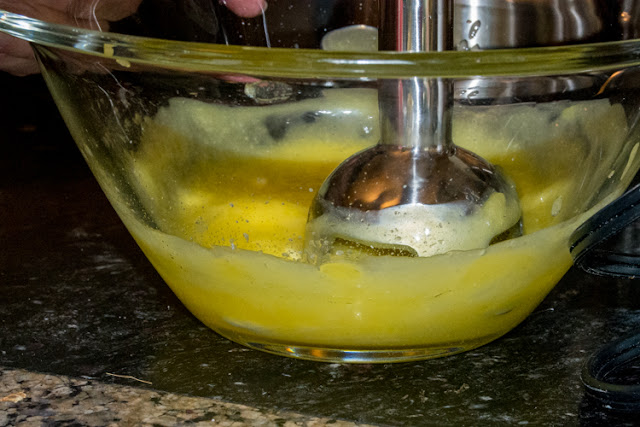 And it magically turns into a light, subtle lemon buttercream with the simple addition of (lots of) butter and an immersion blender.  Supposedly this recipe makes way more buttercream than you need for the cake, but I find that when you put the recommended amount on top of the cake, it looks a little skimpy, so I added more.  And then a little more because it was softer than it should have been, and I didn't want half of it to end up on the cake plate. 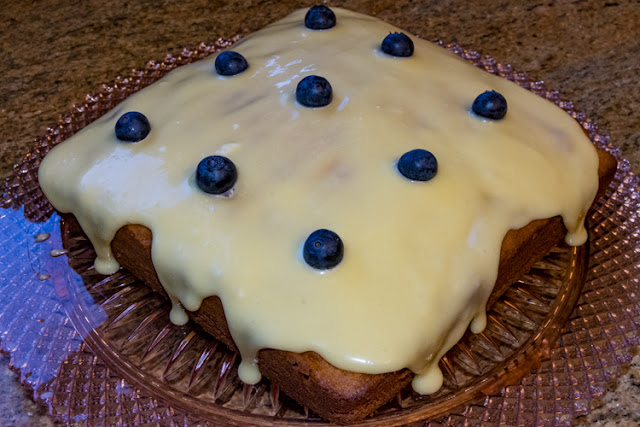 I could have added still more because you can see the cake through the frosting in places.  I like to decorate it with blueberries because I think it looks elegant,  It also makes it easy to cut into 9 pieces, and everyone gets their own blueberry.  You could do a lot of other things with it, and I hope that I get some new ideas.  But right now this is my favorite.

Jim didn't get any pictures of the cake after it was cut, because I served it to a group of women, and Jim likes to hide out in his room when there are a group of women in the house.  But he got to eat two pieces after all the female people went home.

The only negative thing I have to say about this cake is that it disappears very quickly.  I wish it stayed around longer.  I wish I had another piece right now.