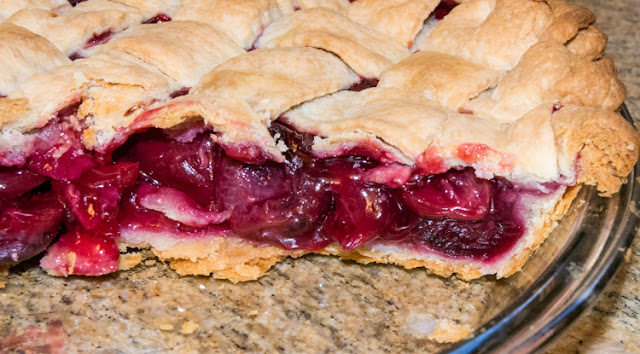 This pie has two of my favorite fruits in it--plums and sweet cherries, so it was bound to be good, but I'll admit that--to my surprise--I actually preferred last year's sour cherry pie which I had to make with canned cherries.  The canned cherries were brownish-pink, sickly-looking, and definitely not delicious straight out of the can, while these sweet cherries and plums were vibrant and bursting with flavor.  Yet the sour cherry pie must have had just the right amount of tartness to set off the buttery crust and the vanilla ice cream.  Who can understand the whys and wherefores of pie? 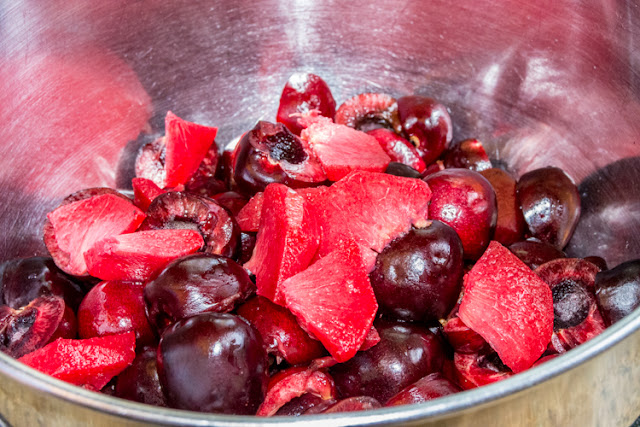 As I've no doubt mentioned, I've started to force myself to read the recipe at least twice before I start it.  I can see I'm going to have to modify the rule.  I'll have to read the recipe twice on the same day I bake.  I did read this one twice, but it was two days before I baked it.  I read it and observed to myself that I was going to have to get out my immersion blender to make a plum puree.  But by the time I
actually made the pie, I'd forgotten, so I just cut up the correct amount of plums and mixed them with the cherries.  Then I saw my mistake.  I considered fishing out all the plum pieces to make the puree, but then I decided that the plums and cherries looked so pretty together that I just wouldn't bother.  In other words, the above picture is not what your pie mixture should look like. 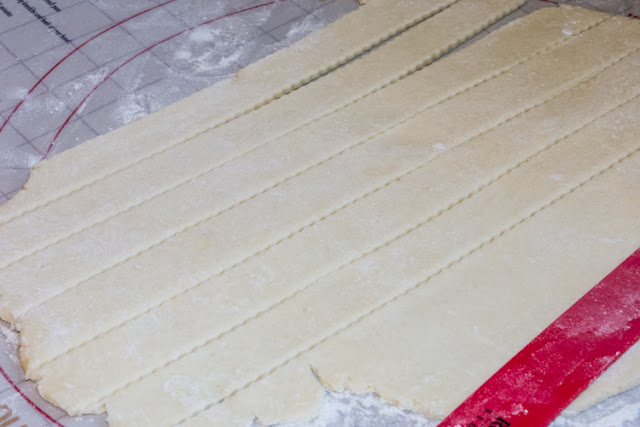 I wouldn't have made the lattice strips if I hadn't already goofed up the nonexistent plum puree.  I figure you're allowed one mistake per recipe, but once you go to 2 or 3 mistakes (or worse, willful disobedience), you're just getting sloppy.  So I followed the lattice instructions even though I think it's more trouble than it's worth.  If I had one of the cute cherry cut-outs that Patricia and Rose have, I'd have used that, but I don't, so it was lattice time for me.  It certainly went more smoothly than it did the first time.  Do you think there might actually be something to this practice thing people are always recommending? 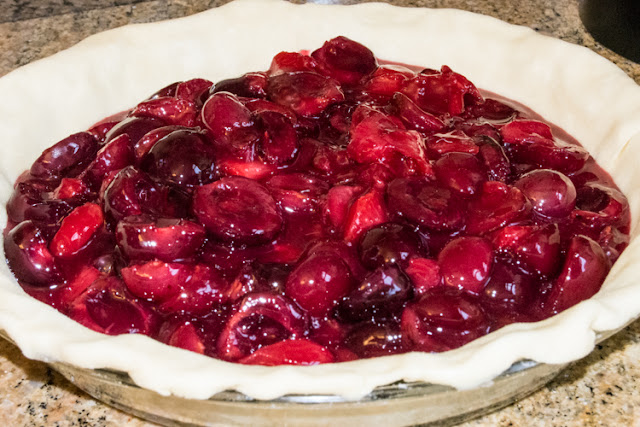 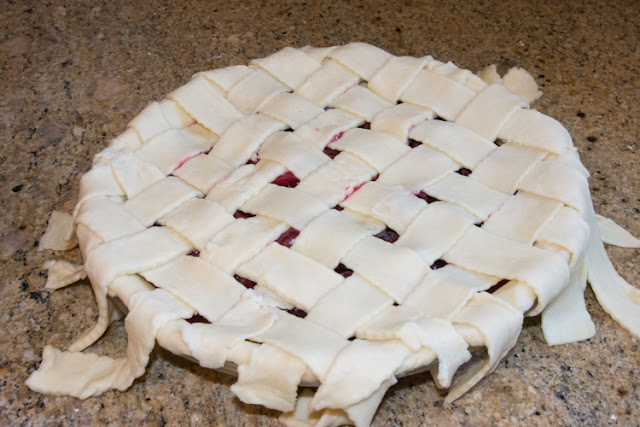 The lattice strips probably should have been just a touch narrower so more of the cherries would have shown through, but I don't really count that as a mistake.  I'm just surprised to look at this picture and see that it kind of looks like the person who did this lattice knew what she was doing. 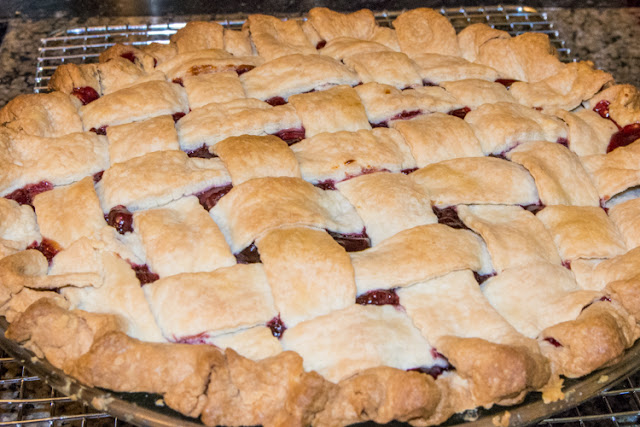 This doesn't look too bad either.  I forgot to put the pie protector on the pie until after the first 20 minutes, so the edges got a little too brown.  Although, as Jim said, "how can it be too dark if it isn't burned?"  Someone in every household should have high standards and someone should have low standards. 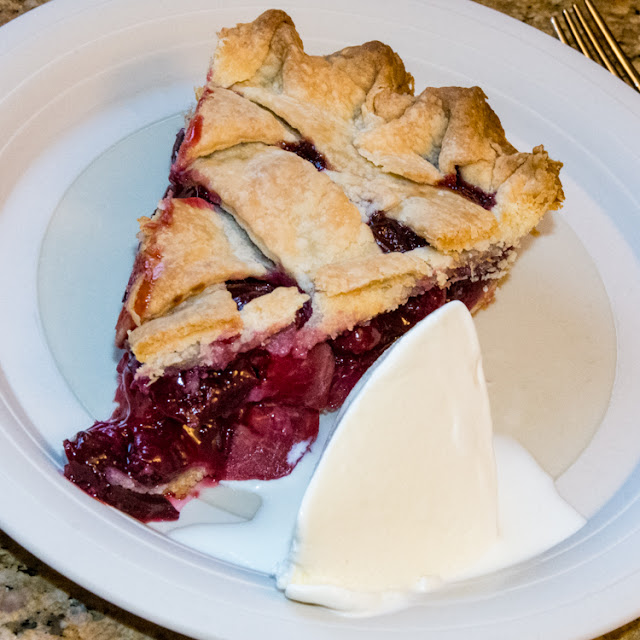 This pie almost didn't need ice cream.  In fact, maybe it didn't need ice cream at all, but what is the point of fruit pie without ice cream?  If I looked at a dessert menu that had plain fruit pie on it, I probably wouldn't order it.  If the menu had a scoop of plain vanilla ice cream, my eyes would pass that by.  But a sweet cherry plum pie with vanilla ice cream?  That might even be my first choice.
Posted by Unknown at 7:28 PM