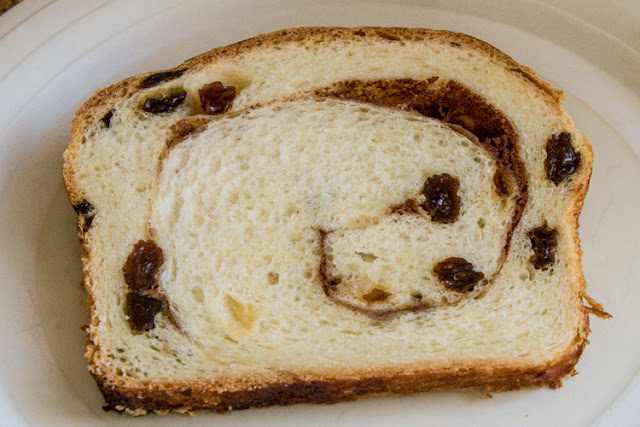 As you can see, this is Rum Raisin French Toast without the rum, the French, and the toast.  It is spectacularly good cinnamon raisin bread, and it may turn into French toast if it ever gets a chance to get stale.  In my view, which I'm pretty sure is a minority opinion, French toast is a thrifty way of getting some extra mileage out of stale bread, not a way to use perfectly good fresh bread.  I told you it was a minority view. 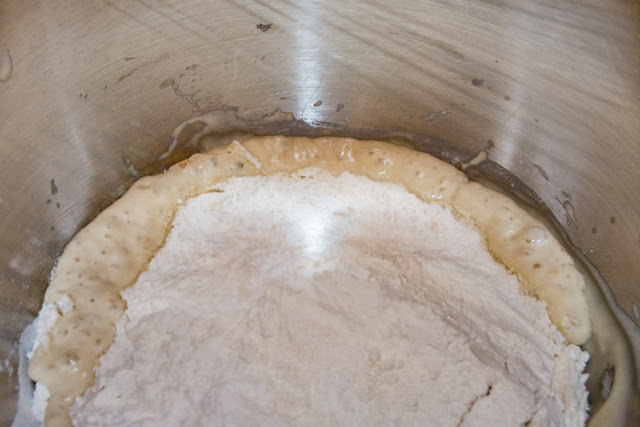 This bread is made using the technique that Rose recommends for many of her breads:  making a yeasty sponge, topping it with flour and other dry ingredients, letting it rise, and then refrigerating it, preferably overnight.  I love this method because it not only adds extra flavor to the bread, but it also allows you to make the bread fit around your schedule instead of the other way around.  Bread, you are not the boss of me! 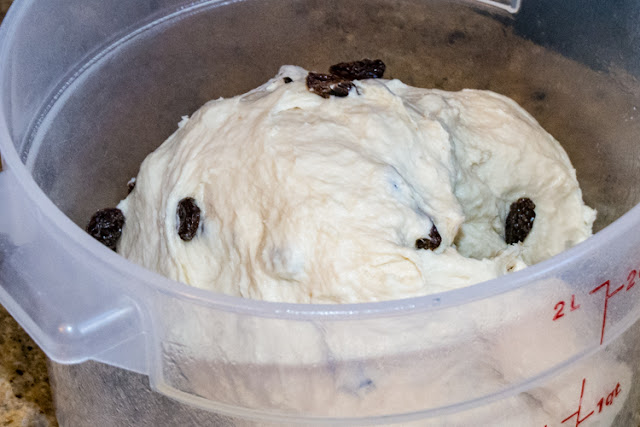 Raisins are mysterious.  I never know if I'm going to like them.  An oatmeal cookie is boring without raisins, but a chocolate chip cookie with raisins is blasphemy.  Raisin bread without raisins is cinnamon swirl bread, and there's nothing wrong with that, but it's the raisins that give this bread its festive quality. 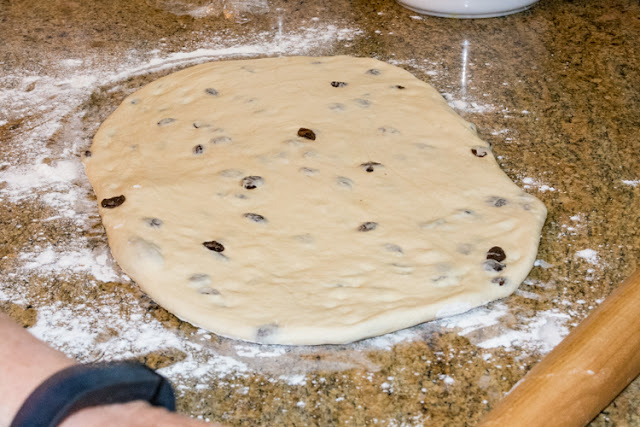 This dough is exceptionally easy to work with.  It rolls out very nicely, without immediately shrinking back into its original shape, as some wet doughs are wont to do.  For the most part, the raisins stay nicely embedded in the dough instead of popping out.   When I was in elementary school, we got a separate grade for comportment.  Obedient child that I was, I always got an A+ in comportment.  This dough also gets an A+. 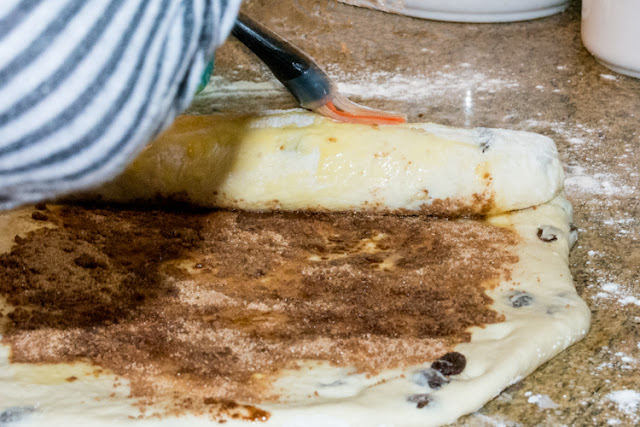 Another thing I liked about this bread is brushing a beaten egg on top of the dough as you're rolling it up.  That technique, along with rolling the bread tightly, helps to avoid the big air pockets that swirl breads are prone to develop. The light dusting of cinnamon sugar on one spot on the top of the bread dough isn't supposed to be there, but I didn't even bother trying to remove it because I figured it would become one with the nicely browned bread. 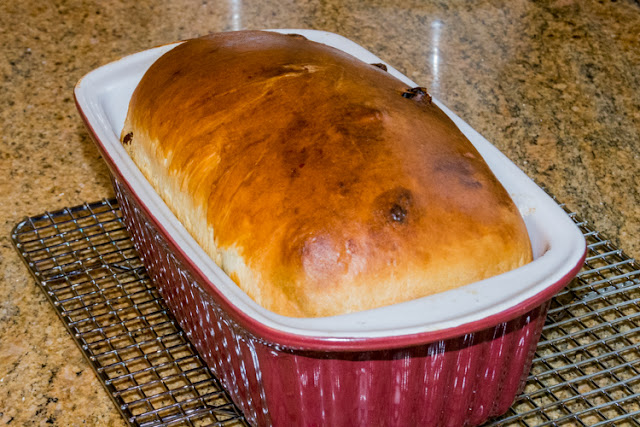 Like so!  I guess you can still see a spot of cinnamon on top if you look for it, but it doesn't bother me.  Anyway, I'll slice that part of the loaf first. 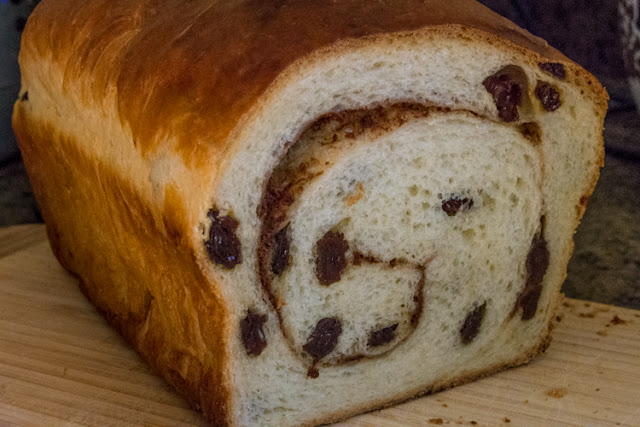 Just to be completely honest, I'll show you that there is a slight visible swirl gap, even though I told you that brushing the beaten egg on the dough as you roll it helps to get rid of that gap.  After a few more slices, though, even that small gap disappeared.

I like this bread so much as is that I'm not sure I'll get around to making French toast with it, even though the French toast recipe looks very decadent and very good.  I'll leave that to the rest of you.